Short Description
In an exclusive interaction with Restaurant India, Celebrity Chef Manish Mehrotra, Indian Accent shares \'How Indian cuisine has developed into modern Indian cuisine in all these years\'. 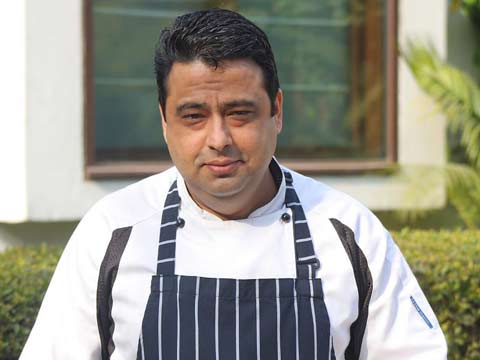 Chef Manish Mehrotra has around 18-20 years of experience as a chef. Starting from his college days in Mumbai, he then worked with Taj Group of Hotels there, and later joined ‘Old World Hospitality’ 15 years ago. He worked in London for four years with this company and has travelled all around the world. Today, he is associated with ‘Indian Accent’.

Indian Accent has been awarded best restaurant for years. What is the hidden reason behind this success?

Training, training and training is what I focus at my restaurant. Second important thing is maintaining consistency in the food that we serve at our restaurant. And coming up with something new all the time are few reasons for the success of Indian Accent.

You are known for introducing modern Indian Food. What made you to introduce something new to the Indian plate?

India is now a global country, people from all over the world come to India and everything in the country is on its progressive path. Food was the only thing where we were stuck and people used to think that Indians only eat curry-based food with thick gravy, ghee, or creamy and heavy foods, which was not true. And it came as a major source of inspiration for me that I have to do something with Indian ‘khana’ that everybody appreciates and can relate to it.

How do you maintain the authenticity of the food still playing with the original flavours?

Authenticity is a very subjective word and when you prepare food, similar dishes can be prepared in many ways, and it becomes really difficult to describe what authenticity of food is. At my restaurants, I never compromise on taste of the food. So, according to me, taste is the most important thing and after that you can do anything with the dish.

How is the pricing done at your restaurant?

Food, plus the hard work behind preparing the food, is how we decide on pricing the food.

What is your view on change in the eating habits?

India has developed a lot in last five years. Consumers’ palate has become more adventurous and evolved and they are ready to try new. And are ready to pay money for good food.

What is the current food trend in India?

India is witnessing lots of changes when it comes to food trend. Molecular gastronomy is becoming popular, regional cuisine is taking a new avatar and modern Indian food is replacing the traditional menu.

We see that chefs in India are promoting regional cuisines these days. What is the reason?

Regional cuisines need to be promoted because till now food in India has become typical Punjabi food and it has dominated the Indian food. Everybody in India and outside India thinks that it is the only Indian cuisine, but that is not true. We have different types of foods which are delicious. There is a vast range of food from Kerala, Tamil Nadu, Karnataka, Bengal, Gujarat, and Kashmir, but people don’t know about it. So, this is the reason we as a chef want to promote regional food and regional cuisine.

What are you doing to promote Bihari cuisine?

I have included ‘Sattu Paratha’ in my recipe. People do not know much about Bihari cuisine and for them ‘Litti-Chokha’ is the only Bihari food.  Bihari food is not known as regional cuisine rather it is known as community food as Brahaman food will be different from that of a Kayasth food in the region. Bihari food has different varieties including Khaja, Tilkut, Layi, Anarsa, kaddu k patte ka pakoda and the list goes on.

What is your biggest achievement so far?

Are you planning to open a restaurant of your own?

No, I am not planning to open a restaurant rather am focusing on taking Indian Accent to international market, as well as opening more stores in India. 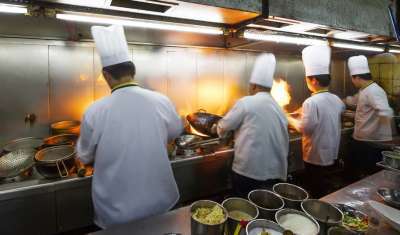