Short Description
At a time when Eastern market is the least favoured market for the food business entrepreneurs, Chef Khanna dreams of opening his first restaurant in Indian city of Bodhgaya in Bihar. 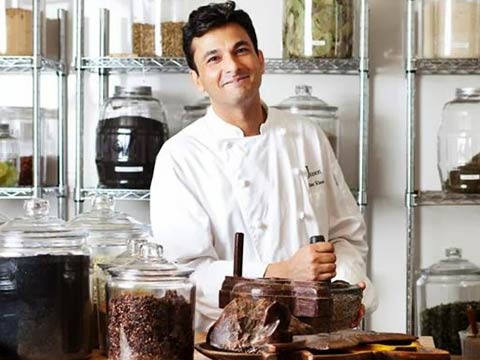 Chef Vikas Khanna is the most acclaimed and celebrated Indian chef globally. The young chef became the toast of New York city when he started his Indian restaurant Junoon in 2010. His journey from the Lawrence Gardens of Amritsar where he ran a successful catering business at the age of 17 to the White House (he hosted a Satvik meal for the White House) is made of grit, determination and loads of perseverance. At a time when Eastern market is the least favoured market for the food business entrepreneurs, Chef Khanna dreams of opening his first restaurant in Indian city of Bodhgaya in Bihar. Read what he has to say on his love for food:

Tell us about your culinary journey- From Amritsar to New York.

The journey has been a classic with hard battles. It was only after joining the Welcomgroup Graduate School of Hotel Administration, Manipal, where I worked with several well-known chefs and it brought a change in me. Leaving for the US in early 2000 was a turning point in my life. In December that year, I started working in the restaurant, Salaam Bombay in New York. Also, what can compare the high of opening my own restaurant, Junoon in 2010? For any chef, the Michelin Star award is a career landmark - I received my First Michelin Star award in 2011 - another "wow" moment for me. I hosted my first solo TV show, Twist Of Taste, on Fox Life in 2013 and continue to host it till date - something I love doing. And, I opened Junoon in Dubai as well. All in all, it's been a very exciting and satisfying journey.

As we see that modern Indian cuisine is the new pick in the Indian food market today. What is your say on the trends that are picking up the industry?

I feel people are now more experimenting with the taste using the basic ingredients of the dish, the presentation has definitely become modern and   at a time when Indian cuisine is hanging precariously between extremely conventional and dangerously experimental, I try to establish a balancing factor with my progressive techniques and good old robust flavours.

You were the first Indian chef to be a Michelin Star. How does it feel?

Honored and vested with responsibility to serve the best. It’s a once in a life time achievement. There are all Indians in my team and I am so proud for them. Awards represent integrity in the team. It’s just a representation of what you can achieve in life with just strong determination. We were all holding on to each other when the times were bad and when the times were good we were still holding on to each other.

What makes your food technique unique from other celebrated chefs?

I feel the uniqueness is in knowing some kitchen basics like what recipes are best and where to find your inspiration for making a great meal.

Your restaurant Junoon is very ornamental with antique teak swings, glossy marble floors and high ceilings. What role does design play in the success of a restaurant?

I was bowled over when I saw Sanjay Leela Bansali’s Devdas. The initial design of Junoon was a contemporary interpretation of Indian. But when I saw the film I realised that every frame I saw made me realise more about India. Everything was so well defined. I then deiced we had to go all the way into India. It has to look like a palace. It should evoke a ‘Oh My God’ response on entering.

Tell us about your partnership with Gadre Marine?

I can never get enough of sea food and with Gadre Marine I have explored some interesting recipes which will change the way we eat seafood. I have also created some fun, easy to cook recipes that are perfect for a snack or meal with the family.

What will be your contribution in promoting this brand?

With this association, I aim to change the perception about frozen seafood in India and create more awareness about its specialties.

How has the sea food market changing in India?

Seafood is completely different from other meats and Even though Surimi is a Japanese specialty, it is one of the most consumed forms of fish in the world. The concept of Surimi will resonate with young Indians. It is for that reason the recipes with Surimi products are simple, healthy, and easy to make. However, it's also because of the simplicity that the recipes are perfect for a family meal, too. Surimi has a lot of potential in the Indian market. People are now willing to experiment with their food and are willing to try different alternatives. Surimi is the perfect product for this.

Which is your three favourite restaurants and why?

All of them are really good. It's difficult to pick a favourite from them, I love them all.

What about opening a restaurant in India?

I am working on opening a restaurant in Bihar, India. It will be my tribute to my favourite destination in India – Bodh Gaya. It’s my dream. 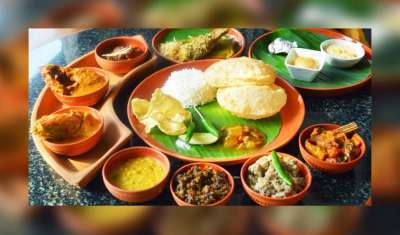 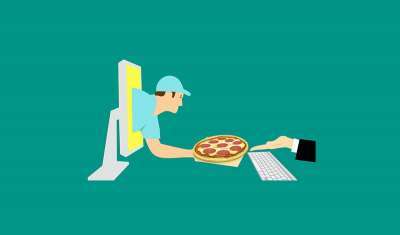