Only 10% of The Produce is Utilised in India. Harsimrat Kaur Badal Tells How To Curb Food Wastage 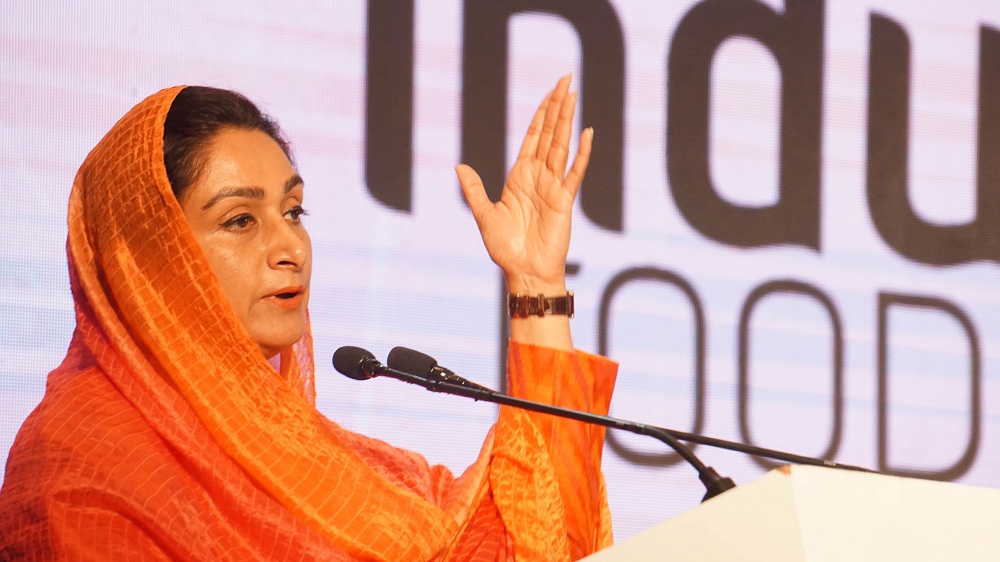 India is one of the largest producers of food in the world, be it fruits, vegetables, cereals or poultry. Despite being the largest producer where 60% of the population is directly related with the agriculture, the food processing levels in India are minimal. “We process only 10% of what we produce,” said Union Food Processing Minister Harsimrat Kaur Badal at the second edition of Indus Food 2019 at Greater Noida. Indus Food is India’s official, export-focused Food & Beverage Trade Fair; the expo was organised by the Trade Promotion Council of India (TPCI).

“There are very high wastages. We need to think over how to reduce them. While we are among the largest producers, there are many among us who don’t get a stomach-full food. Our Government, when I took four and a half years ago, decided to develop infrastructure for storage and preservation of food to bring down the wastage. It is because of the food wastage the prices spiral up in certain months. This goes out of budget for a poorer section of our society,” she said at Indus Food 2019.

“India has the capacity of becoming the food factory of the world.”

“Reducing wastage requires a lot of infrastructure development to push the food industry. The more we process, the less we waste. As a result, this would not only make food available for more people but would also include India on to the food map of the world,” she further added.

The Indian Government is working to address the problem of food wastage in the country and other perishable items. It also aims at ensuring fast supply to food processing industry which will help in achieving the goal of doubling farmers' income told Harsimrat Kaur while addressing the media.

"Everyday we hear news of farmers, from Uttar Pradesh, Madhya Pradesh, Haryana, Punjab, Maharashtra, discarding their items or doing distress sale of their produce. But this is soon going to change. The Centre has already started to work on developing the mechanism to ensure that states which are producing any item in excess will transport them to the places where there is a demand. The Government will get involved in this process and become a facilitator to ensure that perishable items reach those involved in the food processing industry. We have already tied up with organisations like NAFED to make this happen. This will greatly help farmers by getting them a proper income of their produce," Harsimrat said.

Must Read: Nestle India Rolls Out A New Scheme To Curb Plastic Waste

The Union Minister expressed her concern over utilising just 10% of the produce due to lack of proper cold storage facilities. “If we are able to save our perishable food items it will help our farmers to get a better income of their produce. We have also decided to procure directly from our farmers to end the menace of middlemen. We have started building mini cold chains for this. We are giving loans worth Rs 50 crore to build such mini cold chains." The Food Processing Ministry of India is working towards the mega food parks, mini cold chains and backwards-forward linkage schemes. Harsimrat Kaur Badal also talked about the Pradhan Mantri Kisan Sampada Yojna which aims at supplementing the agriculture, modernise processing and decrease agri waste; SAMPADA stands for Scheme for Agro-Marine Processing and Development of Agro-Processing Clusters.

“We are also the largest markets in the world - a 600 billion dollar retail sector where 70% is the food retail. It will triple by 2020. The demand for food is going to double in the next six years,” she said.

One cannot ignore the Indian food market which is growing very fast. “It is the market for international food brands too. The World Food India 2017 was a huge success. We had around 800 companies as participants. At the end, MoU worth 14 billion dollars were signed, out of which 30 companies worth 11 billion dollars had already started grounding their projects. That gives an indication where the food industry is heading in India. To give another indication, at the rate at which the food processing industry is growing, when I took over the Food Processing Ministry in 2014, the FDI in our country was approx 500 million and I am happy to say that it has doubled within four and a half years of my Ministry and reached close to a billion,” she said.

All these clearly indicate that India is not only one of the rapidly growing GDPs today but the fastest growing sector in food retail and processing. Speaking about the measures that the Government of India has undertaken, Harsimrat said, “There is something for everyone who wants to contribute towards the food processing industry and move ahead. We have subsidies and schemes for businessmen, even for the farmers who want to get into the sector.” 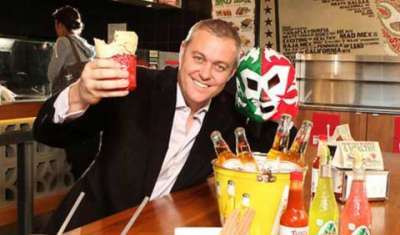