How Radisson Blu Agra gets the Mughlai flavour right

Short Description
The most preferred restaurant at the hotel, Dawat-e-Nawab, which, is set to have a revenue of Rs 1.1 crore this year with its unique dishes like the Awadhi Mughlai Biryani and more. 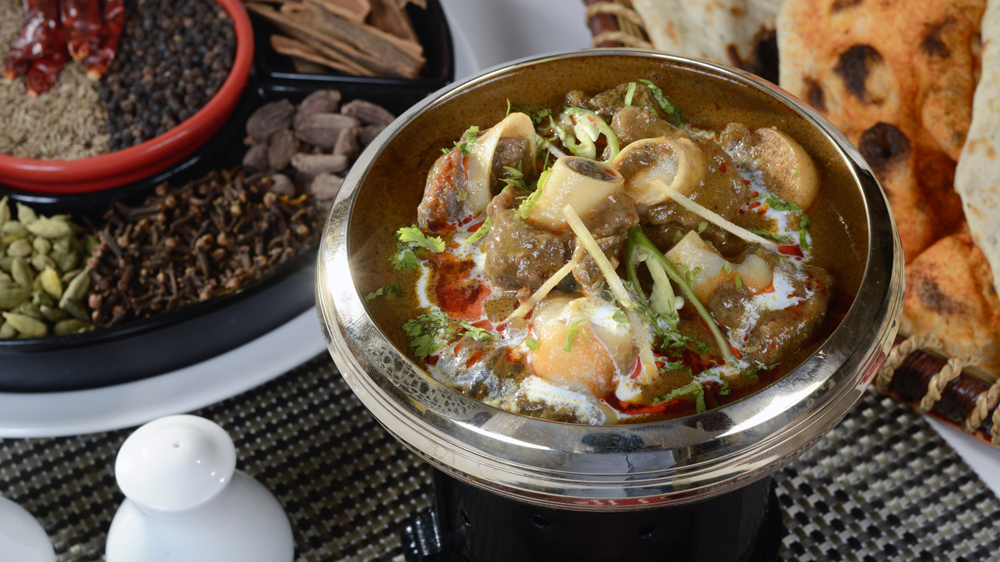 The city of Agra remains in one of the most preferred cities for tourists, especially those who come from across borders. While it’s the Taj Mahal they come for, food is one thing tourists are very particular about. Also, when one is in a Mughlai city like Agra, they expect food that is authentic Mughlai food.

Restaurant India spoke to Paritosh Ladhani, Joint MD, Radisson Blu Agra on what they have to offer to such tourists. Ladhani tells us about the F&B properties of his hotel, highlighting the most preferred restaurant Dawat-e-Nawab, which, he says, is set to have a revenue of Rs 1.1 crore this year with its unique dishes like the Awadhi Mughlai Biryani and more. The head chef of Dawat-e-Nawab is Lallan Ghosh and he is supervised by the Executive Chef of the hotel Mihir Mukherjee.

Daawat-e-Nawab to Tea Lounge: A lot to choose from

Radisson Blu Agra has five F&B properties that offer cuisines ranging from Indian to Chinese and Italian. These properties include Daawat-e-Nawab - their Indian restaurant, a bar, which is more of a sports bar, a coffee shop, a mini Sky Bar-cum-pool side bar, called the Color Bar that serves 50 different dishes and a Tea Lounge.

“We are a 142-room hotel. The kind of F&B properties that we have got in proportion to the number of rooms we’ve got is about two times of what the other hotels would be having. For instance, we have hotels like Mughal Sheraton, Mariott and Double Tree Hilton. Mariott is a 190-room hotel, they’ve got just two dedicated F&B outlets, Hilton has three,” Ladhani said. “All-in-all as a hotel, we offer more than 220 different dishes to the guests, starting from more than 100 dishes in coffee shop, more than 50 in Daawat-e-Nawab and Color Bar and more than 20 in tea lounge,” he added.

While Daawat-e-Nawab offers completely Indian food, Color Bar offers a fusion of Indian food, Chinese, Carribean, French as well as Italian and Spanish. Teal lounge is a mix of Indian and international. “We have more than 25 kinds of tea at the Tea Lounge, some from Sri Lanka, some from Assam and Darjeeling. But unfortunately the tea culture in India is not as developed when it comes to drinking tea without milk. The transition will take time,” Ladhani stated.

Ladhani also told us that it’s because of him being a foodie that the experimentation with the menu stays an ongoing process at Radisson Blu Agra. “Me and my wife being foodies, we are completely passionate about introducing the new elements of food. We travel a lot, we are in Delhi almost every weekend. I have the policy of calling my chef every second week and let them have the latest cuisines that have come up in Delhi. Like a Farzi Café, it’s very innovative. The way they have amalgamated the Indian cuisine with Mexican cuisine or with Spanish, you get the right flavour,” he said.

The journey to making Daawat-e-Nawab unique

Daawat-e-Nawab, that is the most preferred F&B property of Radisson Blu Agra, struggled to make a mark among food lovers for the initial two years when it started in 2012. Ladhani said that the restaurant served dishes that were not new and unique. Then how did the turnaround happen? “We studied about the cuisines of Agra. A lot of restaurants in the city are offering cuisines which are specific to Agra. You wouldn’t know that a Navratna Korma actually generates from Agra. It is a vegetarian dish that was inspired by the Navratnas of Akbar. The faluda was introduced by Noor Jehan. Now it has become a Sundae. When it comes to non-vegetarian food, the biryani is very specific to Agra, kebabs are very specific to Agra. The Chicken Mumtazi is very specific to Agra,” Ladhani said.

It was then that the hotel hired a consultant who knew most of the recipes that were served by the Mughals when Agra was the capital of the country. This decision helped the hotel get unique ingredients to make the Nawaabi food stand out.

“Our consultant says that his ancestors were the khaansamas of the Mughals and they have all the recipes. I cannot refute his claim because most of the mandis in the walled city areas of Agra, they serve the same recipes. We introduced these unique dishes like our Awadhi Mughlai Biryani. In our Seekh Kebabs, the masalas are very specific, they are not manufactured in India, they’ve gone to Pakistan. The masala we use for the Nahari also comes from the neighbouring. But now we have started developing our own masalas. Coming back to the origin of the dish, we had to make sure that all the masalas or key ingredients have to be put in the right portion and must have the right flavour. It took us 6 months to get the food right. Out of the 50 dishes that we serve now, at least 12 are the ones you won’t get anywhere else. Even a Mutton Nahari that you have here would be slightly different from what you have in Hyderabad,” Ladhani added.

Daawat-e-Nawab has a Nawaabi feel to it. The restaurant has Al Fresco paintings depicting the ‘Indianness’ of the restaurant. The walls speak of the Nawaabs who used to rule UP, with pictures of them. The vegetarian and non-vegetarian kitchens are separate and are open kitchens. “We had to look at the sensitivities of the city. We have live music playing every day. We present our dishes on a metal called kaansa – an amalgamation of bronze and copper. We used to have food in these metals years ago. We introduced that concept at Daawat-e-Nawab. When someone comes to us, we explain the dish to our guests if they want to know,” Ladhani explained.

The restaurant has also recently changed the way the menu is presented. “It’s full of pictures of our dishes. This was an inspiration from a Turkish restaurant. It increases your appetite. Food is all about sense,” he added.

Ladhani recommends mutton seekh kebabs as starters and the Awadhi Mughla biryani as the main course at Daawat-e-Nawab. “I can vouch for both of these, you won’t find the taste anywhere else,” he said. In the desserts, while he said that there’s nothing specific to the hotel, he added that the shahi tukda is one of the best.

Radisson Blu Agra is in expansion phase and is looking at having two more F&B outlets in the next one year. “We are coming up with a new block. The existing coffee shop will shift to a better and much larger coffee shop. This is more than 10,000 square feet. We would be serving more than 10 different international and 10 different Indian cuisines in that coffee shop. It’ll be like a food park. This will be opening this in August 2017. We will also be coming up with an Oriental restaurant in place of Latitude. From the current five, we’ll be expanding to seven F&B outlets,” Ladhani said. 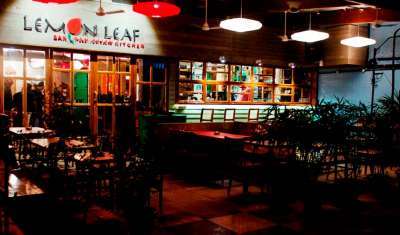