Short Description
Located in London, each room is filled with delicious details, from a private cinema room, to a Finger Lickin’ ‘Press For Chicken’ button and Hot Winger Arcade Machine. 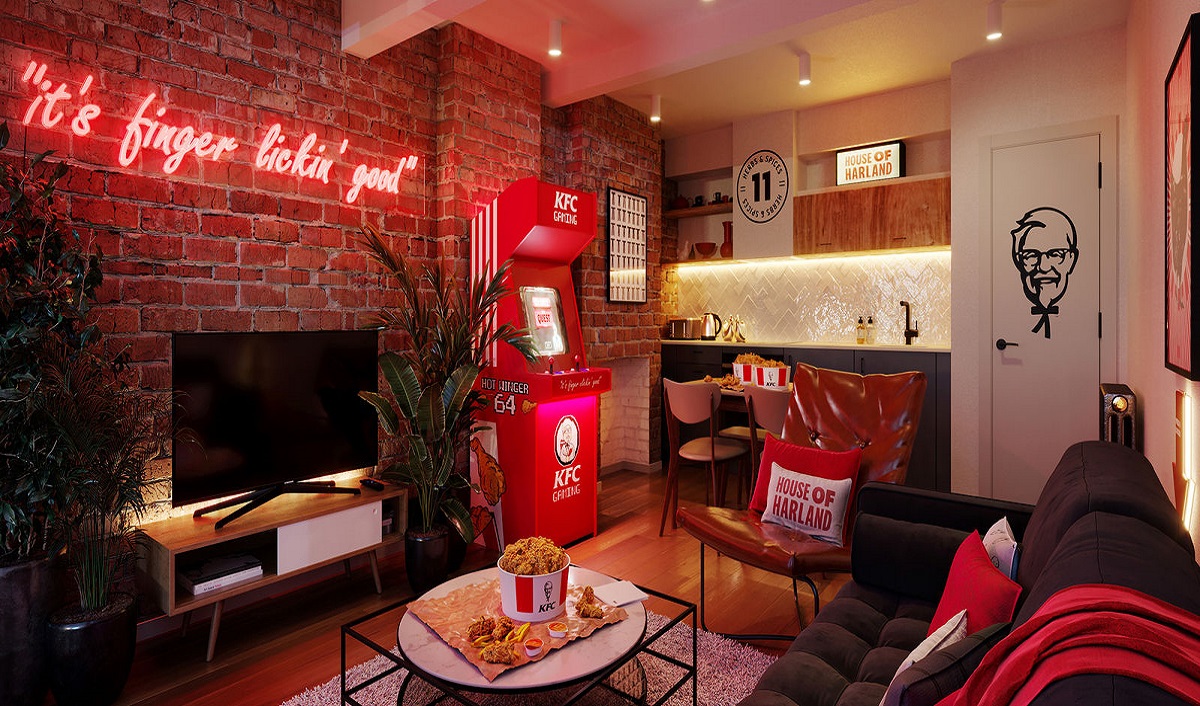 Ever wondered staying at a KFC themed hotel where all you can gorge upon is some finger licking deliciousness from KFC.

KFC is opening House of Harland- a KFC themed staycation in partnership with hotels.com.

The fried-chicken chain is offering fans the opportunity to book an exclusive one-night stay in the House of Harland. 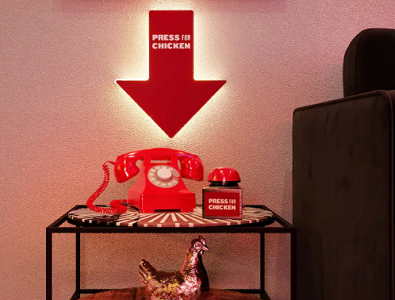 Located in London, each room is filled with delicious details, from a private cinema room, to a Finger Lickin’ ‘Press For Chicken’ button and Hot Winger Arcade Machine.

It’s no secret that 11 herbs and spices make things all the more tasty, so in celebration of the lucky number, House of Harland will be open for 11 nights between the 18th – 29th August.

“And because we love a theme, rooms are available to book exclusively on Hotels.com from 11am on 11th August for just £111 per room per night* (see what we did there!?), with 100% of proceeds going towards the KFC Foundation,” shared the statement.

Unable to get abroad this year? Fear not, as KFC are taking things to the next level after the success of their annual Superfan Search and launching the ultimate staycation, House of Harland.

KFC’s recent ad campaign celebrates the Colonel’s legions of hardcore fans across the nation, so it’s no surprise that they’re now offering fried chicken fans a bit of much-needed escapism.

From getting personally picked up in a slick Black Cadillac, to being greeted by your very own ‘Chick-In’ Clerk whose sole purpose is to make your stay a pleasure, you can expect to feel like fried chicken royalty from start to finish. 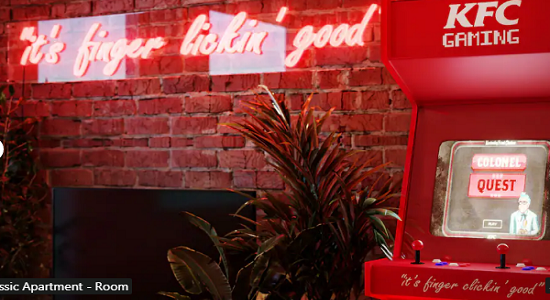 Once escorted to number 11, indulge in the complimentary botanical infused self-care essentials, or catch one of the chick-flicks playing in the cinema room. Expect to see drumsticks in the detail, from bedding to wallpaper to an Arcade Machine and towel – fried chicken will never be far from your thoughts.

Worried you’ll get peckish? A chicken concierge service will be at your fingertips (literally) with a press for chicken button, meaning a succulent treat will always be within reach. 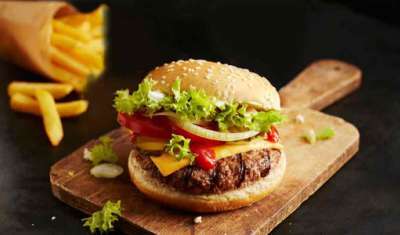 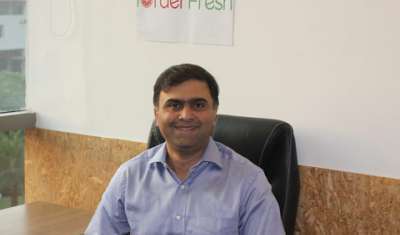