The team claims that Parsa’s Leh might just be the highest ‘rolling joint’ in the world. 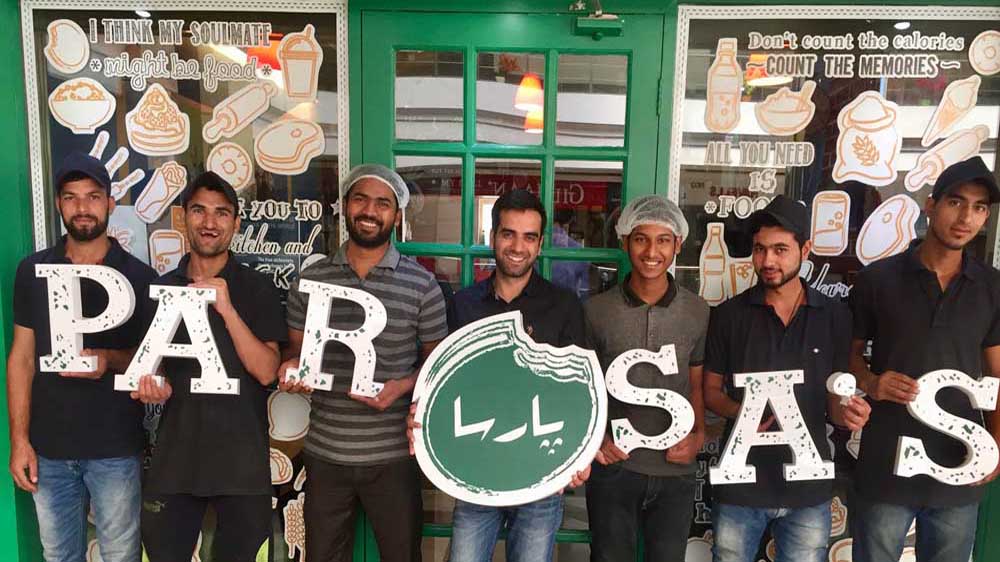 Kashmiris, Ladakhis and tourists of varied nationalities came together at the Leh opening of Parsa’s, one of the fastest growing food chains in the state of Jammu and Kashmir.

Speaking to Free Press Kashmir Javid Parsa, brand ambassador and Managing Director of Parsa foods, who has revolutionized the idea of marketing through social media says, “my aim is to bridge the gap between the two regions of the state and what better way to do it than breaking bread together.”

The team claims that Parsa’s Leh might just be the highest ‘rolling joint’ in the world.

The tough terrain, the team says, didn’t stop hundreds from thronging for the opening of the much-loved Kashmiri brand, known for its pocket-friendly rates and quality food.

Javid Parsa says he dreams of taking his scrumptious rolls to every corner of the state. And his dreams seem to be on a fast track to realisation as the brand that already has two outlets in Kashmir is set to open up two more in the month of August at Baramulla Market and Islamic University Awantipora.

The new Leh outlet maintains the distinguishing feature of all Parsa’s outlets of having a book bank of over a thousand books as well as a warm and cozy reading nook for bibliophiles.

The launch comes months after the first franchise was given out in April this year.

The launch of the first franchise, comes within six months of the inauguration of the brand-name

Parsa Foods, known because of its brand ambassador Javid Parsa, is a popular place for social gatherings varying from Book launches, Poetry Recitals, Music and documentary releases, Social Campaigns, Startup events in past three years. Parsa foods have also been running first of its kind Public Library at sarah city center for past two years.

Javid Parsa has been in the news for using social media for business. Popularly known as ‘Selfie Parsa’, Parsa has managed to create a women and youngster friendly space. His use of selfies and social media has put him on the road to achieving a world record for the ‘most number of selfies, with different people, at one place’ which is his food joint.