India’s travel and tourism industry is growing enormously every year owing to its rich cultural and historical heritage, variety in ecology, terrains and places of natural beauty spread across the country. 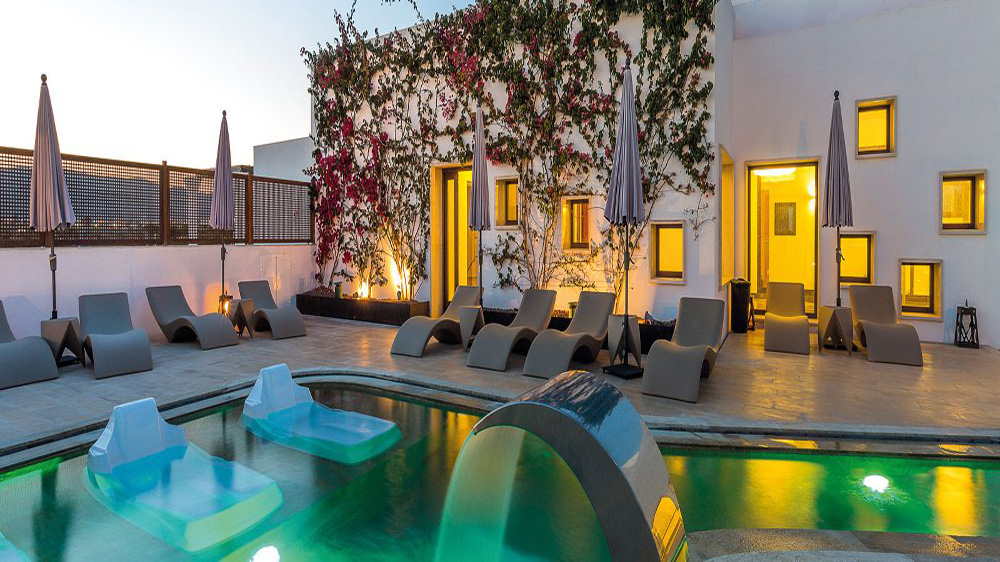 Sergio Zertuche is Chief Sales & Marketing Officer of Palladium Hotel Group – an internationally renowned Spanish hotel chain with 50 diverse properties spread across six countries. On the Group’s success rate of promoting hotels in India, he confirms, “We are promoting three of our key Spanish properties— Hard Rock Hotel Ibiza, Hard Rock Hotel Tenerife and Ushuaïa Ibiza Beach Hotel in India. India is turning into a strong outbound market in the world and is ranked among our top 20. Ibiza is among the popular places visited by Indians which is known for its vibrant music scene and eagerly-awaited concerts every season, while Canary Islands is a new destination that Indians are exploring in Spain,” he said.

India’s travel and tourism industry is growing enormously every year owing to its rich cultural and historical heritage, variety in ecology, terrains and places of natural beauty spread across the country. For Zertuche, the business travel market in India is slated to be ranked among the top 5 by 2030 as business travel spending is expected to triple until 2030 from US$ 30 billion in 2015. “Being such a lucrative market, we seek interest to set up and expand our visibility in the Indian market in the future as we see the rise in demand for luxury hotel players in the country,” he added.

The experience at Palladium properties is kept distinct for an unparallel holiday experience. Ushuaïa Ibiza Beach Hotel is the first of its kind in the world to pioneer the concept of party hotel/ beach club. The Ushuaïa Club is the ideal choice for the best daytime parties in Ibiza. George Clooney and wife, Leonardo DiCaprio, Lionel Messi, Kylie Minogue, Paris Hilton, RanbirKapoor and Katrina Kaif are some of the famous celebrities that have visited the hotel lately, he informed.

Hard Rock Hotel Ibiza is the first Hard Rock Hotel of Europe that combines the style and energy of the legendary brand. The volcanic island of Tenerife is the largest of the Canary Islands and one of the most fascinating destinations in the world.

“We are closely working with tour operators and travel agencies from India as it is one of our top 20 markets with an average stay of 3 to 5 nights, and Indian market has kept growing along in the last four years. We plan to engage with the travel trade through networking dinners on a one on one basis for effective penetration in the Indian market,” he said.

With the focus on technology and sustainability, Hard Rock Hotel Ibiza, Hard Rock Hotel Tenerife and Ushuaïa Ibiza Beach Hotel have state-of-the-art technology with music-themed furnishings, glass enclosed whirlpool bath and chromotherapy in the rooms. The Pioneer DJ Suite, located at The Ushuaïa Club, to offer just an example, features an incredible music equipment that includes two pioneer DJ players, mixers, amp, speakers and a subwoofer, as well as a spectacular clear glass bathtub; while the hotel has its own recording studios with an innovative control room and services that include studio hire, musical production, personalised DJ classes, recording, mastering and mixing.

“Sustainability is also one of our strong commitments, therefore our properties sign a common quality and environment policy that agrees to carefully control and care about use of the natural resources and environmental impact,” he added.

The recently conducted networking training workshops for close to 100 tour operators in Mumbai and Bangalore was aimed to educate the trade and increase awareness about Palladium brand and its unique offerings. “We conducted 4 training sessions in each city focusing on aspects like the USP’s of the three properties, booking process, flight connectivity from different cities of India to Ibiza and attractions in and around the island during one’s stay at the properties. It was also a platform that helped us introduce Blue Square Consultants as our India representative to meet and cater to the growing demand for Ibiza from the India market,” he said.