The Junkyard Cafe launches its first outlet in Mumbai

Tewari reiterates that The Junkyard cafe is for those who don't want to compromise on their experience when they step out to eat. 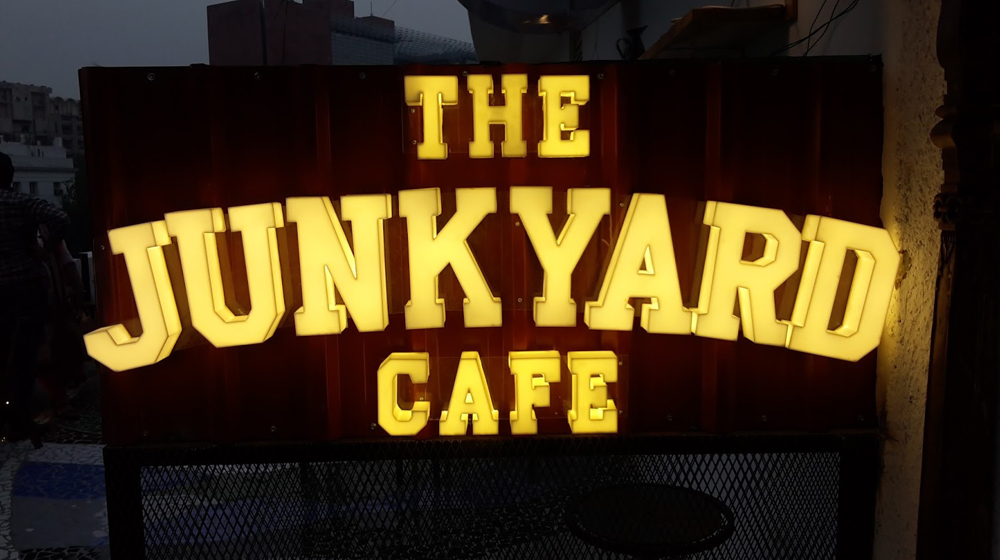 The Junkyard Cafe, which was conceptualized by Umang Tewari a year back in Delhi, is now migrating to Mumbai with its success with two outlets in Saket and Rajouri Garden after CP.

The ambience which has Mona Lisa and Michael Jackson created out of junk, became such a hit in Delhi that taking the concept to a new height in Mumbai became the logical step.

Talking about the unique concept Umang Tewari said "'Junk here is funk", when I launched the Junkyard Cafe in Delhi, we paved a fresh change in the way the city partied. Now we are gearing up to replicate the magic multi-fold in Mumbai's party circuit with The Junkyard Cafe opening at three different locations."

Tiwari, added, "I am sure Mumbaiwallas will love the place and will take gastronomy food and nightlife revolution to an all-together different level. My fascination for strong personalities reflects in the signature walls of the cafe which make them look lifelike. The Junkyard Cafe aspires to become a place which will be frequented by those who like to keep it casual and enjoy a satiating meal in a funky environment."

Now, it's time for Mumbai to embrace the revolution in the form of Umang Tewari's Magnum Outlet 'The Junkyard Cafe'.

The first outlet being launched in Bandra the hep suburb queen of the city opened to the party hungry Mumbaikars on 16th December 2016.

This segment aims to bring forth the choicest of the sea food delicacies and highlight the signature dishes.

Tewari reiterates that The Junkyard cafe is for those who don't want to compromise on their experience when they step out to eat.