The company is also in discussions with multiple big QSR chains for a massive launch by the end of this year and plans to launch in overseas markets by 2022. 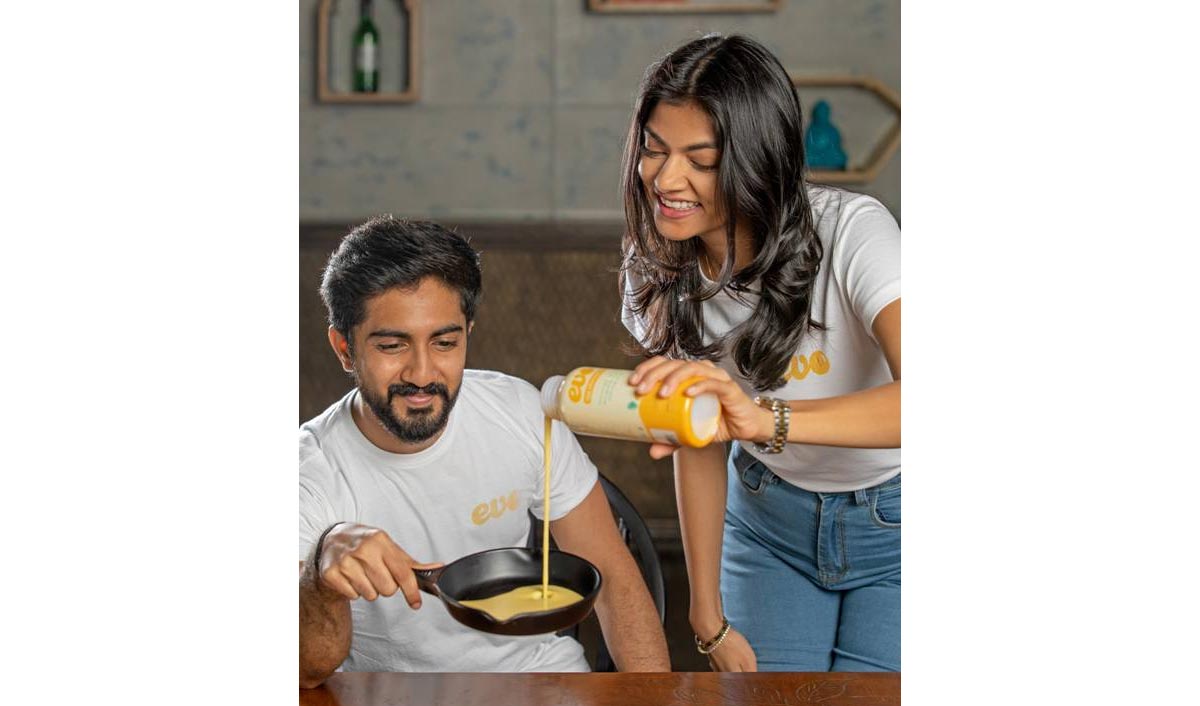 Evo Foods announces closing of its $845,000(INR 6.2 Cr) pre-seed round to disrupt the $200B global egg industry through its plant based egg. Onboards stellar investors.

Also Read: This Mumbai-based Restaurateur wants to Make Clean Eating accessible to All

The round which is touted as one of the largest ever by an early stage food startup in India also saw participation from Anil Advani(Inventus Law), Sweden-based Kale United, LA-based Seven hound ventures, Hearthstone investments and members of the US- based Glasswall syndicate.

“Our goal is to get Evo into every continent within the next 5 years. We aim to create a non-judgemental food brand of the future which is people, planet and palate friendly for the better imperfect consumer,” shared Shraddha Bhansali, Co-Founder & COO, Evo Foods.

Majority of the funds will be used for Indian market launch, building the R&D and marketing team and expanding in the category to prepare for overseas launch next year!

“I started Evo Foods when I was 24 with the sole vision of creating an animal-agriculture free world by the time I reach 40,” added Kartik Dixit, Co-Founder & CEO, Evo Foods.

“As an entrepreneur, and early investor in companies like The Vegetarian Butcher, I know the space of alternative proteins very well, and I’ve seen its growth accelerate at an unprecedented rate in the past years. I am proud and excited to help Evo grow and offer India and the world a better alternative reducing the need for animal agriculture,” pointed Michiel van Deursen of Capital V.

Evo is aiming to launch via Foodservice and has already partnered with multiple restaurants across India to launch it as a part of their menu in the second quarter.

The company is also in discussions with multiple big QSR chains for a massive launch by the end of this year and plans to launch in overseas markets by 2022. This year, the company received PETA India’s most innovative company award.

“Plant based is the future and India is going to play a vital role in providing this future to the world. I am extremely excited to invest in Evo and see them becoming the Beyond Meat of India focused on eggs,” added Vaibhav Domkundwar of Better Capital.

Kartik Dixit(25) & Shraddha Bhansali kickstarted EVO Foods in Oct’19  to transform human as well as non-human lives on the planet and bring the plant-based revolution to India. Evo Foods is on a mission to disrupt and revolutionize ‘the egg’ via its plant based liquid egg which is made using their proprietary patent-pending technology and indian indigenous ingredients such as moong beans and peas.