Indian restaurant 'Indian Accent' only among the world's top 100 list

The results of the annual World’s 50 Best Restaurants awards were announced before an invited audience in Bilbao, Spain. 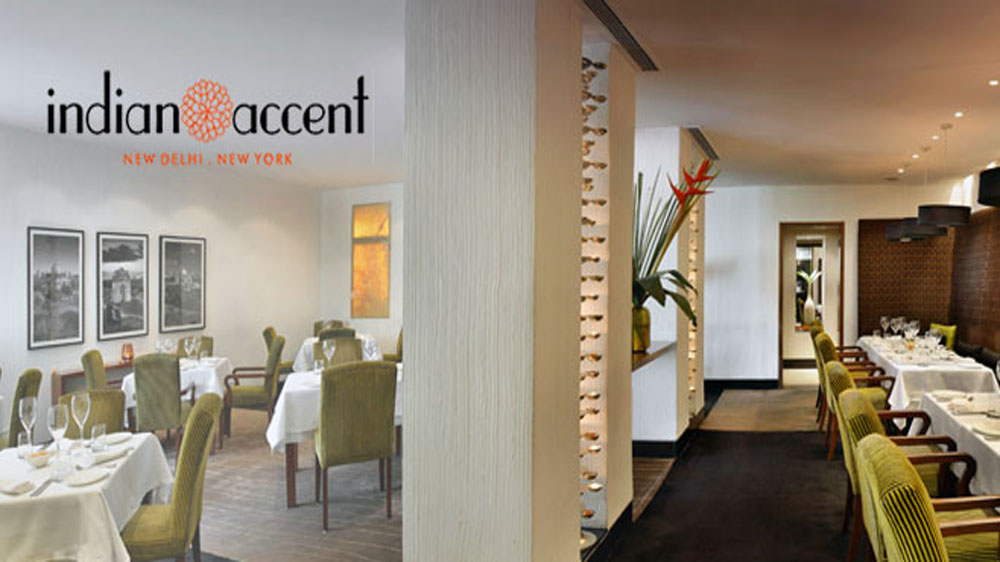 Chef Massimo Bottura’s modern Italian restaurant in the back streets of Modena was the World’s No. 1 Restaurant in 2016; last year it was No. 2. The biggest movement in the Top 10 was a drop by last year’s No. 1 winner, Eleven Madison Park. They fell to No. 4, after a year that saw a major renovation and a much-buzzed-about pop-up in East Hampton.

The flamboyant Bottura is known for his playful approach to classic dishes. His creations include a lasagna with only the crispy bits and a deconstructed dessert called “Oops I Dropped the Lemon Tart.” Bottura is an art lover and his food is visually exciting as well as delicious. More recently, he has become known for Feed the Soul, an international non-profit organization to feed the homeless and hungry that grew out of a community kitchen in Milan.

Bottura accepted the award on stage with his American-born wife Lara Gilmore. He said that chefs and everyone in the restaurant business must realize that they have the power to change the world.

“I am going to use this spotlight to make even stronger the changes there are going to be,” said Bottura at a press conference following his win. “Feed the planet. Fight waste. Last week Henry Kissinger asked me for a selfie. It is unbelievable. We have to involve all the community of chefs … pushing the spotlight you have to make the invisible visible is extremely important.”

The results of the annual World’s 50 Best Restaurants awards were announced before an invited audience in Bilbao, Spain. Although much was made about diversity in advance of the ceremony, there was little change in the Top 10 beyond a minor reshuffling of places. Apart from Eleven Madison Park’s drop, it was a good year for North America. The United States had four more restaurants in the Top 100, up from nine last year. Mexico had two restaurants in the top 15; in 2017 the country’s highest entry was 20.

The World’s 50 Best Restaurants list is organized and compiled by William Reed Business Media. It is created from the votes of more than 1,000 restaurateurs, chefs, food writers, and gastronomes. The voters are split into 26 separate regions around the world. Each region has its own panel of 40 members. (I formerly chaired the U.K. and Ireland panel but am no longer involved.)

Winning the 50 Best is great for business. The day after El Celler de Can Roca first topped the list, in 2013, its website got 12 million visitors and the restaurant hired three extra staff just to turn down requests for tables. Noma’s Rene Redzepi said he could have filled his restaurant for almost 15 years with the booking requests the day after he first won, in 2010.

The awards started in 2002 as a feature in Restaurant, a U.K. publication founded the previous year. It grew out of a brainstorming session in a pub to promote the magazine. The editors sent emails to journalists and chefs to pick their favorite places, like a music magazine compiling a best-albums list. The response was overwhelming and the annual awards were born.

Ahead of Tuesday evening’s ceremony, three awards were announced: Clare Smyth, of Core by Clare Smyth in London, won Elit Vodka Best Female Chef; Gaston Acurio of Astrid & Gaston in Lima won Diners Club Lifetime Achievement; and SingleThread, a farm restaurant in Northern California won the Miele One to Watch. The second part of the list, 51-100, was also previously announced; the winners follow.