Presented by Wonderchef, the series on â€˜FoodFoodâ€™ will be aired on every Friday starting 18th December, 9:00 pm. 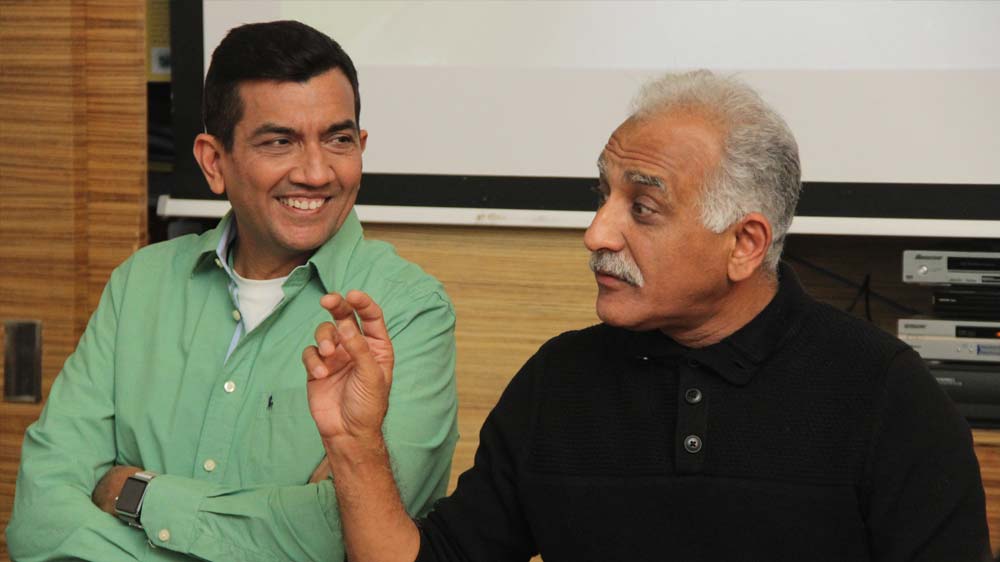 Commencing airing on Friday, 18th December at 9 pm, the show ‘Out of the World – Australia’ will see Sanjeev bringing alive the taste of Australia in his inimitable style as he travels on a food trail across the states of Queensland, New South Wales, Victoria, South Australia and Tasmania.

The first series of Out of the World was a superâ€duper hit, and the success has prompted the second in the series.

Through this show, Chef Sanjeev Kapoor will take his passion for food out of the conventional kitchen and share with his viewers his love for travel and adventure. Besides savoring the flavors of the country’s best culinary experiences, cooking with Australian ingredients and alongside Aussie chefs, he will be seen indulging in some best of Australia tourism experiences. These include climbing the Sydney Harbour Bridge, cuddling koalas, feeding kangaroos, attending the Melbourne Food and Wine festival, taking a helicopter ride over the 12 Apostles, blending wines at the Barossa Valley, visiting the natural haven of Kangaroo Island, shopping at the popular Salamanca Markets in Hobart and much more.

“The most interesting thing about food in Australia is that it’s blessed with remarkable produce from land and sea, combined with a climate that makes outdoor dining a pleasant reality nearly every day of the year. Food, wine and lifestyle are the articulation of Australian culture which lucidly defines its people,” shared Chef Kapoor.

This amazing show is presented by Wonderchef, India’s leading brand of cooking appliances. Talking about the series, Ravi Saxena, MD, Wonderchef, “We are very excited to present this show on FoodFood channel. Wonderchef believes in elevating the entire cooking experience and always intends to transform the foodies into passionate chefs. Restaurant Australia stands for the same values as Wonderchef – those of passion, creativity, design, colour and innovation. This is another leap forward for Wonderchef as we continue to offer the best to our consumers. By associating with FoodFood we are sure to maintain enthusiasm about cooking across our consumers in India.”

“Australia is seen as the hub of global cuisine with influence of foods from every corner of the world.  It has been a great adventure and an enriching journey to discover these beautiful destinations and cook some delectable cuisines that reflects Australia’s diverse culture.  I am sure that the show will connect a cord with everyone who loves food,” added Chef Kapoor.

In August 2014, Tourism Australia evolved its marketing campaign, ‘There’s Nothing like Australia’ to include a strong focus on exceptional food and wine experiences. In an effort to convert the appetite for Australia as a travel destination into more visits, this campaign was based on the idea of Australia being the world’s greatest restaurant, 'Restaurant Australia'. A recently conducted study by Tourism Australia, the Consumer Demand Project, has revealed that a year since the launch of the Restaurant Australia campaign in India, Australia’s ranking as a good food and wine destination has moved from #7 in 2014 to #3 in 2015.