In his new role, he is responsible for taking care of culinary operations at Seasonal Tastes, as well as guiding his team of enthusiastic chefs. 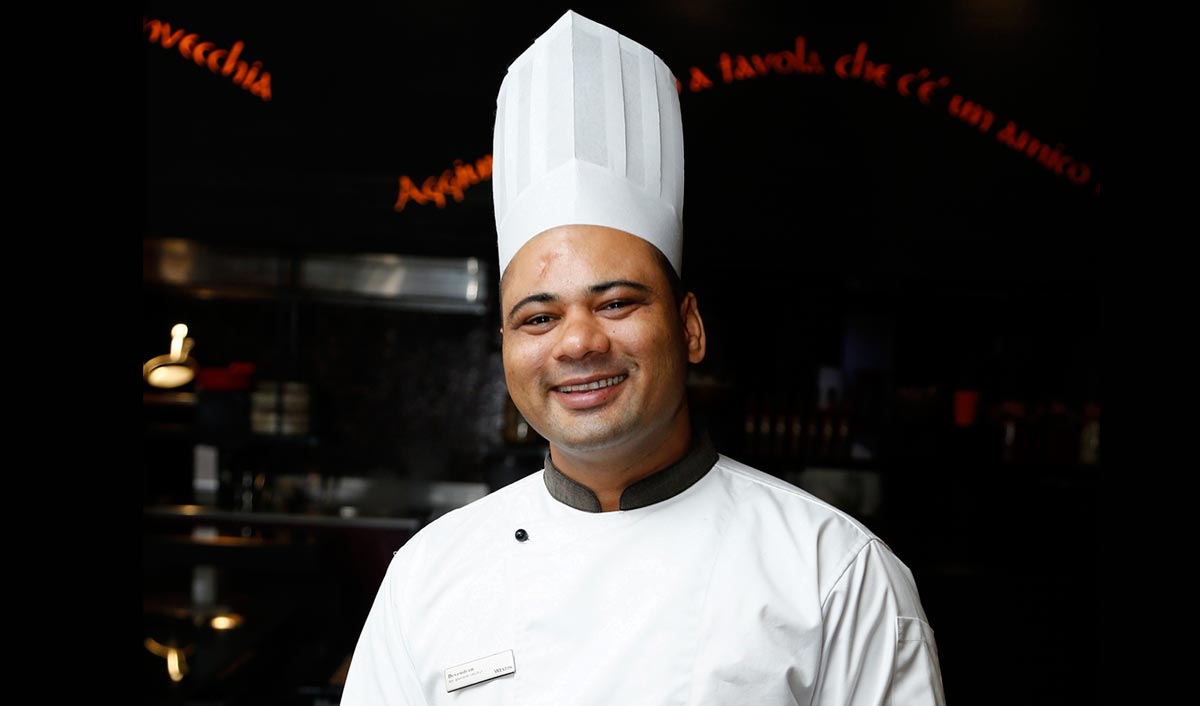 Devendra Singh Rawat has been appointed as the Chef de Cuisine at The Westin Hyderabad Mindspace. With a flourishing career of almost 15 years, he is a dynamic and hard-working chef with a passion for food and a good eye for detail.

He is a goal-oriented professional, an expert in culinary art trends, and possesses superlative creative skills. In his new role, he is responsible for taking care of culinary operations at Seasonal Tastes, as well as guiding his team of enthusiastic chefs.

Bringing with him pre-opening specialty restaurant experience and efficient coordination with service and vendors will prove to be an invaluable addition to the culinary team at The Westin Hyderabad Mindspace.

Prior to his current appointment, Devendra was the Chef de Cuisine at Conrad, Bengaluru. Equipped with a diploma in cookery operations from F.C.I Dehradoon, in 2004- 2005; he began his culinary journey with the renowned Ananda Spa in Rishikesh, which cemented a strong foundation for his unfolding career.At Ista Hotel, Bengaluru he assisted in the preparation of AsianCuisine at The Lido Coffee Shop.The Leela Palace Kempenski, Zen Oriental Fine Dining saw him elevate his skills in Asian fare, to even higher standards, as Demi Chef de Partie.

A stint across oceans with Carnival Cruise Line (USA), saw Chef specialize in Japanese (sushi) and Mongolian cuisine. Following this, he served as Jr. Sous Chef at the Raddisson Blu, Ludhiana, where he trained all kitchen staff as part of his pre-opening protocol. At the Uptown Square, Chi Lounge Limassol, Cyprus; his Sous Chef experience with fine dining Chinese cuisine added a touch of flair to his expertise. His immense knowledge in pre-opening contributed to the launch of Seasonal Tastes and Five Senses at The Westin Chennai Velachery, true to the high standards of cuisine, service and delivery, that is second skin to him.

A vast repertoire of working hands on, in a diverse sea of situations, has bestowed chef Rawat with all the qualities that The Westin Hyderabad Mindspace requisites.In his leisure time off he loves to work out and makes it a point to walk home from work at least twice a week. He is also fond of exploring the local cuisines and makes it a point to inculcate the flavors of the region that he is in. Also an avid fan of food styling, he often goes out in search for inspiration to spruce up his dishes or even the restaurants bydécor.