“Zinger is KFC’s signature burger and has been a constant in our menu with unconditional love from KFC lovers. 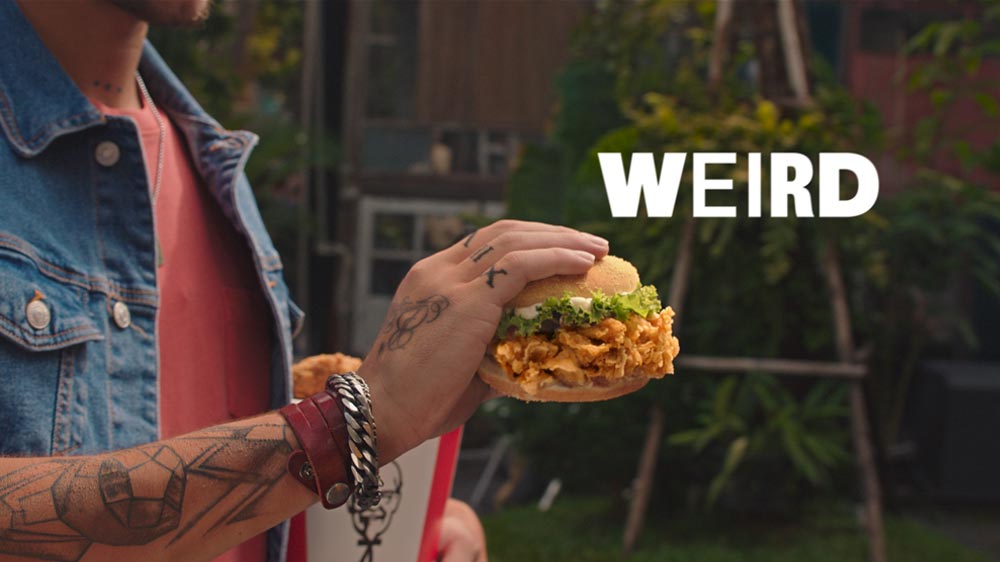 ‘Zinger Burger’ aka the ‘Real’ Chicken burger in town is set to hit the KFC menu with some more zing. This hero of KFC Land is loved by people for its signature crispy juicy 100% chicken fillet, like no other. And some hero’s just get better with age isn’t it!

The brand launched an exciting TVC film, conceptualized by Ogilvy India, that cheers people to love their own real Zinger burger in their own real way – showing some ‘asli’ love people. The film is all about embracing one’s real self however crazy it must be because love comes with no rules.

The film opens with a window view through a KFC bucket diving into the world of finger lickin’ goodness leaving the consumers rapt. Real love unites all, be it a tattooed arm or a brown hand covered in henna, a messy eater or a clown, a person with a scar or someone hep from the town, all holding onto their ZINGER, in their own way, being their unapologetic original selves. Even the ‘clown’ seems to be a Zinger fan, well you can’t love enough when there’s only one asli burger in town.

Talking about Zinger and its film, Moksh Chopra, Chief Marketing Officer, KFC India said, “Zinger is KFC’s signature burger and has been a constant in our menu with unconditional love from KFC lovers. The film shows people coming from different backgrounds embracing their original self and holding their favourite Zinger burger. The callout to everyone is to be original, be proud and enjoy the Asli Chicken Burger all out without any rules.”

Be weird, be brown, be messy, be a clown, be imperfect, go to the town, but… The camera finally takes us to the legendary Colonel Sanders, the god of fried chicken who is proudly holding his burger and bites into it saying, “Why be lost into the crowd, stay real, stay proud like Zinger”.  Film ends with a KFC bucket that flips and a zinger burger lands on it like the superhero it is.

Ritu Sharda, Chief Creative Officer, Ogilvy North - “The best part of the campaign is that it encourages everyone to be their real self while enjoying Zinger their way. Idea being to have consumers relish the nation’s Asli Chicken Burger without any inhibitions.”